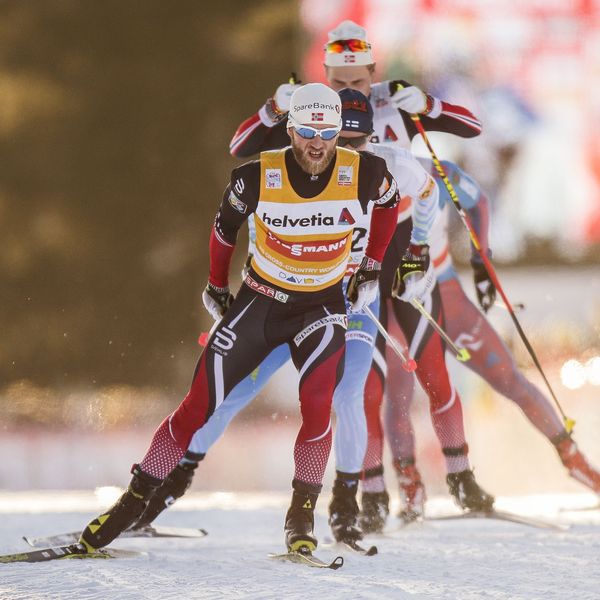 Incredible progress has been made in recent years: stadium, trail and infrastructure improvements have been made thanks to the cooperative work of Swiss Ski and FIS. DAVOS NORDIC is proud to present a venue of international standards; making World Cup Davos a staple on the World Cup calendar.

In 2010, DAVOS NORDIC was inaugurated into the SwissTopSport society as an elite sporting event. It’s no wonder. The event and spectator turnout continues to grow from year to year. Today, the event attracts more than 17 000 visitors. Not only it is a top sporting event, World Cup Davos boasts incredible catering, Grand Stand stadium seating lending a hand to the success of Dario Cologna et Co.

Davos not only offers athletes optimal training resources year-round, it is also the preferred home for many of the National team members. In 2009, SwissSki named Davos the National Training Centre for cross-country skiing. The decision was a logical choice. Coaches and athletes prefer Davos because of the year round access to training facilities and resources as well as its logistical location. Snow farming practices have been instituted in Flüelatal thanks to the work of Avalanche Research Centre (SLF) together with the community of Davos. The recent improvements of snow farming in Flüelatal means that a snow loop can be prepared in the fall season - well before the real winter season hits. These improvements in Davos haven’t gone unnoticed. Emil Jönsson, decorated National Team athlete from Sweden, is another elite level athlete with a residence in Davos.

By assessing previous weaknesses of accessibility and sustainability, we have been able to strengthen our event. This year, we have joined forces with Rhätische Bahn (RhB, railway) and PostAuto Graubünden to facilitate travel to Davos with the ‘Einfach für retour’ offer. With this ticket offer, spectators are able to enjoy a relaxed and stress-free trip to Davos. Return travel is free of charge provided spectators stamp their tickets in the RhB tent in the Bünda Stadium. Further improvements have also been made to ensure the sustainability of our event. We have implemented garbage separation as a priority as well as catering services (therefore reducing waste of non-reusable plastics). Together with SwissOlympic’s organization, ecosport.ch, we continue to strive towards new ways to create a sustainable, accessible and enjoyable event for all.

These event advancements, however, are supported by a steady tradition. In the last 30 years, one thing has not changed. The hard work of the Organizing Committee, event partners as well as volunteers committed to pulling an event together in the months and especially weeks before the event. Snow conditions in Davos are generally considered as a secure bet, however, that has not always been the case. In 1982 as well as in 2014, snow was brought in from Flüelatal and distributed supplement the Bünda stadium conditions. Today, with the help of snow-making and snow storage improvements, snow conditions in Davos are as secured as possible. We are proud of the fact that the races in Davos have never been cancelled and we plan on keeping it that way. DAVOS NORDIC has evolved over time to become a staple event on the cross-country calendar and revered as a favourite for athletes from around the world. 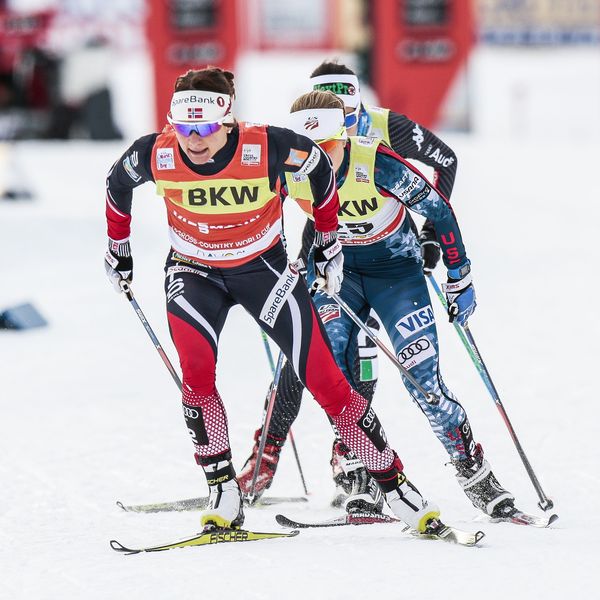