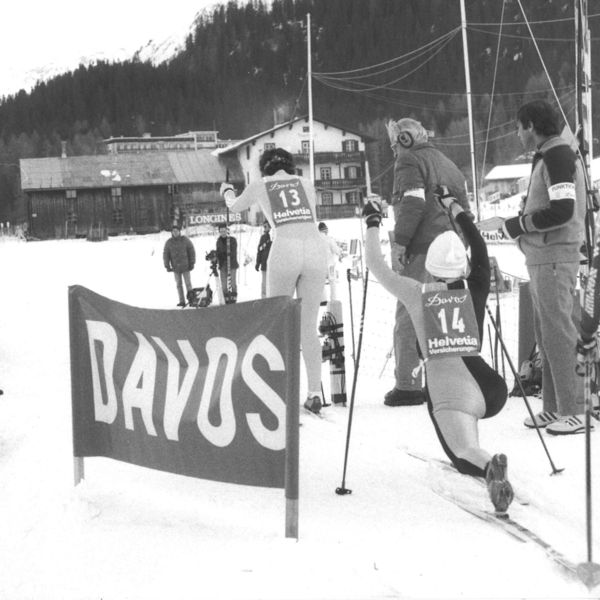 The “Flüela-slope”, which is cut out for racing events, was established in the course of the Davos cross-country slopes extension. It splendidly passed its qualification in 1972 during the Swiss Junior Championships. Leonhard Beeli, attendant head of the cross-country ski department of SSV (Swiss Ski Federation), and his trainer, Lennart Olsson, came to appreciate the quality of the facility as well as the organisation. Already in the following year, they held a training week with the national team in Davos. At this opportunity, these experts encouraged Heini Conrad to arrange for a competition.

When the Swiss national team was again training in Davos in 1974, four Norwegians, two Swedish as well as the German Junior World Champion Georg Zipfel joined in. It was then that the Davos initiators, with agreement of SSV, decided to hold a „Race upon Invitation“. 24 Swiss athletes from training units I to IV received the opportunity to contest seven designated foreign athletes in a race. On December 22nd, 31 competitors took off to a 15 km run consisting of two 7.5 km long laps. The attempt was rewarded with a huge popular success. Around 8000 spectators witnessed the Swede Thomas Magnusson triumphing, followed by the Norwegians Martinsen, Braa and Formo. As for the junior category, the Swede Thomas Wassberg, a future super-champion, was the one to excel. The media reported in detail on the successful event, athletes and spectators were thrilled. Therewith, the ice was broken.

In 1975, Leonhard Beeli and Lennart Olsson assured their support for a professionally organised execution, lead by Enrico Giacometti, President of the organising committee, and Heinrich Conrad, technical section leader. Some of the Nations still appeared a bit reserved, thus 44 athletes were going to compete. Magnusson won again as in the previous year, while the Norwegian team won the relay, followed by the surprising Swiss.

For the first time, a television broadcasting service was present. Same as in 1975, the third execution of the race was rated in the “off-the-record World Cup”.  This time, 86 athletes from 11 different Nations participated. With this third successful execution, it was clear that the International Cross- Country Skiing Days were meant to become tradition.

In 1979, the programme was expanded with a Women’s competition. In 1980, the single race was granted the status of an Official World Cup Race. Five TV- and seven radio broadcasting services reported the event in collaboration with 75 journalists. Davos had made it!

A first, real Highlight took place in 1984 when 136 men and 91 women from 17 different Nations participated and all of the four races were officially rated in the World Cup.

From then on, the World Cup established itself with few interruptions and the World Elite is present in Davos on a yearly basis. The organisation has not rested on its laurels but has adjusted to the continuously changing and increasing requirements. Adjusting to the new technic required a redesign of the race courses, which was assured in 1997 by a positive referendum regarding an extension and the production of artificial snow for the Davos cross-country slope network. "Davos Nordic" – as the international cross-country skiing days are now called – has emerged as a Top-Event. The fantastic images shown on television, the fascinating competitions, the media response as well as the high number of spectators strongly enhance the reputation of Davos as a Winter Sports Resort.* 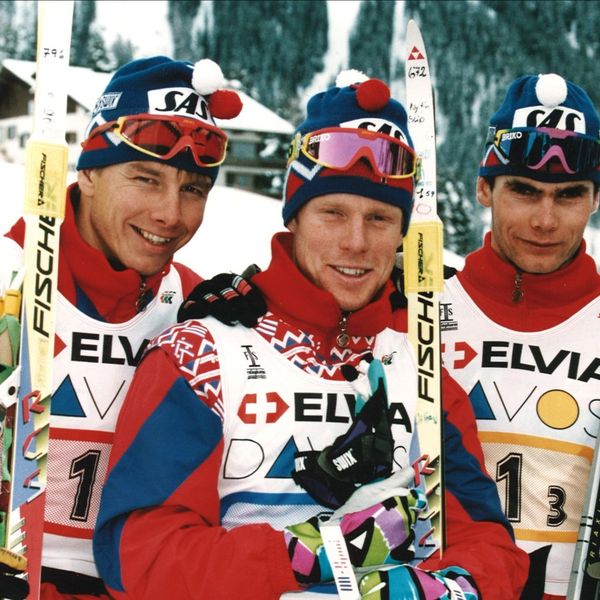